Please send paper proposals of up to 200 words to the convenors by email by 5 February 2017. DO NOT submit the proposals electronically at this stage: the papers accepted for the panel will be included in the panel proposal by the convenors themselves. You just need to have an active MyECPR account on the ECPR website.

ABSTRACT
Since the mid-1980s, Europe has been going through a diversification of its religious landscape in a context marked by secularization, individualization of beliefs and religious bricolage, and migrations from Christian and non-Christian-majority countries alike. These processes have resulted in an increased religious pluralism which represents a challenge for contemporary European democracies.
Among the several issues that have been the subject of public and political debates, that of gender is one of the major stakes of religious and political tensions, being linked to religious diversity, principally in terms of religiously-oriented people against secular ones, in terms of religious freedom and fundamental rights of women and sexual minorities.
These issues concern most mainstream religious confessions, particularly the conservative or radical trends which disagree with the principles of equality and individual freedom. These oppositions are not only religious but also political, social and cultural (for example with protest movements such as the French ‘Manif pour tour’ or the Italian ‘Sentinelle in piedi’). On the other hand, some minority religions and new spiritual movements, as well as some strands of mainstream organized religions, are more favourable to embrace demands from women organizations and sexual minorities. The  gender issues cross all these domains of society and, therefore, clearly point out the complexity of the links between them, particularly the interactions between the sexual issues, the ethical and the religious diversities.

This increasing relevance has also meant, in recent years, an increasing presence in public debates, with the involvement of both the media and the political institutions, which have been called to discuss new regulations to accommodate demands from both sides of the debate.
Against this background, this panel will provide new knowledge about the multifaceted role of gender for understanding religious tensions and religious coexistence, in  contemporary times, in a citizenship perspective, as well as in terms of public policies. 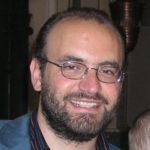